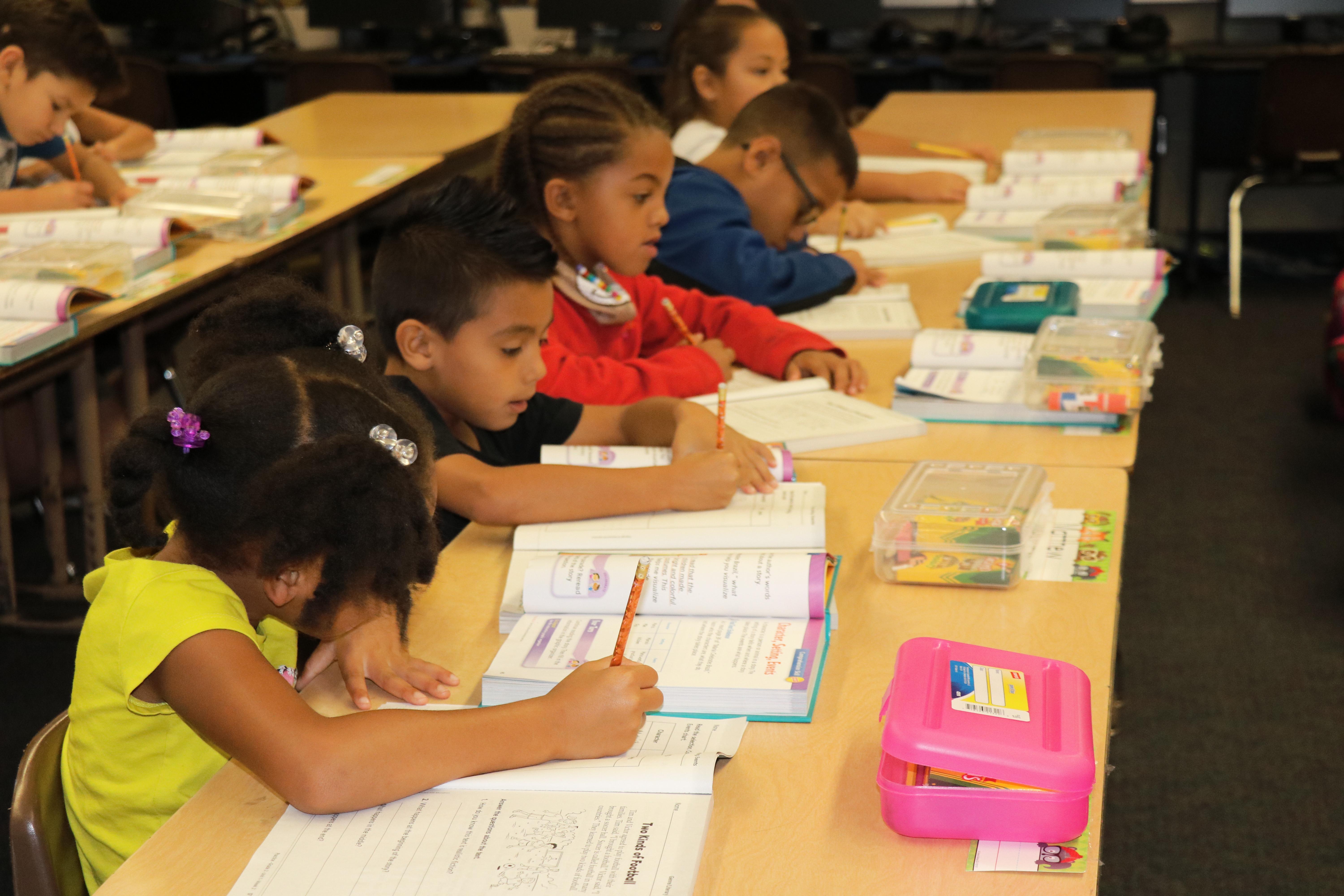 History of the School

History of the School
Four Midland Schools have been built in Moreno Valley in the last century. The first one built in 1894, was located at Alessandro Blvd. and Kitching St.; it was midway between Moreno School to the east and Alessandro School to the west, hence its name.
In 1893 Messrs. Judson and Haver succeeded in placing $4000.00 worth of school bonds with which to build a "splendid" schoolhouse. The residents were well on their way to forming the Midland School District while it was still in San Bernardino County. Preliminary steps had to be taken all over again when it came under the jurisdiction of newly formed Riverside County.
The first Midland School was a two-story wooden structure. In a newspaper article it reported, “Midland School 1894, in letters of gold gleams from the south gable of a fine building, complete with cupola and verandah, fronting east on Kitching St. and south on Alessandro Blvd. Its spacious fronts ornamented with trees, shrubs and flowers and ample and well-graded ball ground in the rear are surrounded by a double row of shade trees.”
As population increased, a request was made for a post office near Midland School. Residents living in and around the Midland School District were informed that the name “Midland” had already been used for another post office. Not able to arrive at another name, the Postal Department named it Armada. They thought the surrounding mountains jutting up from our flat valley looked like ships at sea.
The name “Armada” caused much confusion when referring to the school. In the official records it was always Midland School at the town of Armada.
By November 1908, many residents had moved away, and the school attendance at Midland was only 21 pupils for eight grades.
Trustees learned that the students graduating from the eighth grade desired to take advanced grades without going away to school. Miss Emma Hield, the teacher, approved a ninth grade plan and it was no sooner established when there were as many in the ninth grade as in the other grades combined.
In The Press-Enterprise of March 12, 1910, a shocking story was reported. The headline read, “Fire Destroys Midland School.” The structure had burned to the ground sometime in the night. It was not discovered until the following morning when the teachers and pupils were making their way to school. Students attended temporarily in a small barn-like building until a new schoolhouse could be constructed.
The second Midland School designed by S.L. Pillar of Riverside, was built in 1910 on the same site. It was much smaller than the first one but consisted of two rooms. One was for a classroom and the other was for church and community meetings. Teachers earned $50.00 a month and had to have sufficient knowledge to teach any grade in a classroom of students aged between five and seventeen.
In an interview with the late jack Ward in August 1988, he said, “My folks came to Moreno Valley in 1925 when I was a small child. I went to Midland School. There was one classroom, one teacher, and eight grades. I was the twenty-sixth student enrolled. There was one teacher, Mrs. Dougherty, and she lived in the teachery behind the school. She had a son who became a prominent dentist in Riverside.
By the next year, in 1926, the school had grown to a point that a second teacher was hired for the one-room school. Her name was Mrs. Hunter. They put a desk in the back of the room, along with a desk in the front of the room, with teachers hearing classed simultaneously. Mrs. Hunter’s grandson is today Congressman Duncan Hunter from San Diego.
The school yard in back of the school had a shallow well and the water was pumped out of that well for the school. The only strange thing about it was that it was highly sulfurous, rotten egg gas, if you please. I sometimes wonder what the environmentalists would do if you tried to feed that kind of water today. We’d have suits up to here. We didn’t think much of it. After you were in school three days, you didn’t notice it.
By 1928, the school had grown so that it became necessary to add the two wings to the central stucco building. This was to accommodate the rising number of students and because the social life of the valley tended to revolve around the school.
During the late 1940’s, a Red Cross building and a mess hall from the old Camp Haan were added to the location to provide for a cafeteria and more classrooms.
The school building was condemned in 1950 and some years later was demolished. The site changed hands several times and in 1987, returned to public ownership. The Moreno Valley library was then built on the site.
The third Midland School was built in 1952-53 at 12875 Heacock Street (Butterfield Express, November 23, 1960, and Public School Directory of Riverside County 1952-1953). The name was changed a few years later to Sunnymead School as a name more suited to its location.
In order to avoid confusion that arose in the voluminous correspondence concerning the unification of the high school district and several school constructions, actual naming of the school was delayed. For several years following, the new district had its problems in official correspondence with county, state and federal agencies concerning the school. Some correspondence was addressed as Midland School (formerly Davis Street School) in the Moreno Valley Unified School District (formerly Midland School District). The final Midland School was built in 1962 at its current location at 11440 Davis Street.